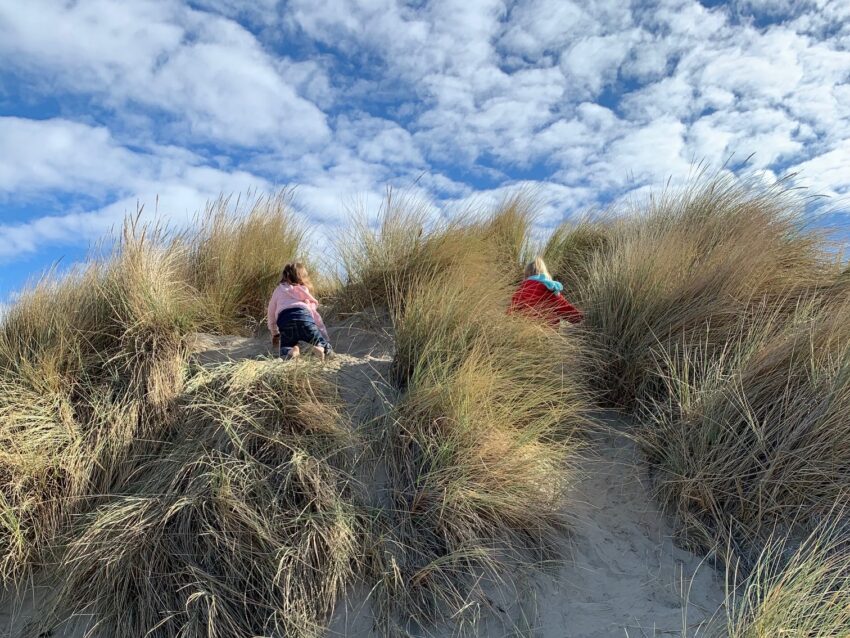 This post aims to do a variety of things. First, to show the tension between precision in translations on the one hand and holding those same translations loosely on the other hand. Second, to reflect on the relationship between Jesus and his mother, Mary (the neglected VIP in this story). Third, to demonstrate when a regular habit of scripture reading led to fresh insights, even in an I-already-know-the-story moment.

On the third day, a wedding took place at Cana in Galilee. Jesus’ mother was there, and Jesus and the disciples had also been invited to the wedding. When the wine was gone, Jesus’ mother said to him, “They have no wine.”

“Woman, why do you involve me?” Jesus replied. “My hour has not yet come.”

His mother said to the servants, “Do whatever he tells you.”

Nearby stood six stone water jars, the kind used by the Jews for ceremonial washing, each holding from twenty to thirty gallons.

Jesus said to the servants, “Fill the jars with water;” so they filled them to the brim.

Then he told them, “Now draw some out, and take it to the master of the banquet.”

They did so, and the master of the banquet tasted the water that had been turned into wine. He did not realize where it had come from, though the servants who had drawn the water knew. Then he called the bridegroom aside and said, “Everyone brings out the choice wine first and then the cheaper wine after the guests have had too much to drink; but you have saved the best for now.”

What Jesus did here in Cana of Galilee was the first of the signs through which he revealed his glory; and his disciples believed in him.

My History with the Wedding at Cana

I had either read about or heard sermons on the story of Jesus’s first miracle a number of times. But it wasn’t until I had studied several other languages and become pregnant with Miss Bee that I had an epiphany that completely changed my view of the story.

Something that had always made me uncomfortable in the dialogue was when Jesus tells Mary, “Woman, why do you involve me?”

I would never dare to call my mother “woman,” because of the blatant disrespect. And how could Jesus, the perfect human who was without sin, be openly disrespectful of his mother, who had sacrificed her reputation and risked her life (the consequence for an out-of-wedlock pregnancy was stoning, should her fiancé Joseph have decided to press the issue) to birth him?

It didn’t add up.

As a side note, this understanding of the wedding at Cana isn’t uncommon. I’ve heard it from another woman at a women’s Bible study (“This sounds really disrespectful to me.” To which I replied, “I don’t think any disrespect was intended; I think that’s a fault of the translation.”) and from a pastor giving a Sunday sermon (“Whoah, Jesus. A little disrespectful, there, don’t you think?” Which is both its own theological problem and demonstrates a lack of pastoral training in languages, but I digress).

And for a more ivory-tower example, see this article from the University of Notre Dame. Even though they realize that disrespect was not intended in Jesus’ word choice, the author still describes his words to Mary as “aloof” and “off-putting,” creating a “denial of community between him and her.” (The article also demonstrates the propensity of ivory towers to overcomplicate situations, in my humble opinion, but that’s beside the point.)

Back to my epiphany.

Three things happened to give me a new understanding of the story. First, I happened to study languages where their word for “woman” can also include respected forms of the concept that have their own separate words in English. For example, in German, the word Frau (“woman”) can also mean “wife,” “lady,” or “Mrs.” I’ve gotten to see this in action, when a German man described his wife’s actions during a conversation: “Meine [my] Frau blah blah blah.” And again, when I saw a gift tag my (German) grandma signed to my grandpa: “Deine Frau” (literally translated, “your woman/wife;” more loosely, “wifey”).

Speaking of the University of Notre Dame, “notre dame” is French for “our lady,” first-person plural. In the first-person singular, it’s “my lady,” or “ma dame.” This became “madam” in British-English when the Normans colonized England, which is still in use as a formal method of addressing a woman. You may also recognize it as a title, such as that of the actress Dame Judi Dench. “Madam” then became “ma’am” when the English colonized America.

So, in my mind, when I read Jesus addressing his mother as “woman,” I now take it to mean something more like “ma’am.” While overly formal on the West Coast where I live, I’ve heard it used by my cousins to address their mother; they were raised in the American south.

Second, I became pregnant with Miss Bee. So the idea of “motherhood” and how a child relates with his/her mother was suddenly a lot more personal and immediate.

Third, I happened to be reading through the Gospel of John for my personal devotions. In the same sitting, I read both the first and second chapters of the gospel.

Chapter 1 of John starts with this massive theological concept of “the Word” (aka “Jesus”) being in existence since the beginning of time and involved in the creation of, well, everything, and how said “Word” came to earth to invite people to become “children of God.” It’s a beautiful word picture (no pun intended) of the Trinity and the Gospel.

Immediately following is a depiction of John the Baptist and his description of the coming Messiah to some priests (aka pastors) and Levites (aka the families that produced priests).

The next day, Jesus is baptized by John, who reports that he “saw the Spirit come down from heaven as a dove and remain on him [Jesus]… I have seen and I testify that this is the Son of God.”

The next day, John calls Jesus “the Lamb of God,” referring to a Messianic prophecy, and Jesus recruits his first disciples.

The next day, Jesus recruits more disciples. Other men are following him because of the promise he holds.

On the third day (two days later, by how we count, just like Jesus died on Good Friday and was raised on “the third day” of Easter Sunday), there was a wedding at Cana.

See how quickly everything progresses? Within the space of just a few days, Jesus receives public affirmation from (1) a prominent religious figure, (2) other men around him who willingly become his followers, and (3) the Lord God on High. In light of all this, his words “my hour is not yet come” beg the question: By all that is holy, what else did he think he needed?

The affirmation of his mother.

When the wine was gone, Jesus’ mother said to him, “They have no more wine.”

“Woman, why do you involve me?” Jesus replied. “My time has not yet come.”

His mother said to the servants, “Do whatever he tells you.”

In places where we want a novel-like description of a scene and dialogue, scripture often gives us just the bare-bones script. Filling in the details of this exchange, knowing that there was no disrespect in Jesus’ use of the word “woman,” and assuming Mary had heard the reports of Jesus’ baptism from either Jesus himself or this random group of men suddenly following her son around everywhere, this is the picture in my mind when I read this passage:

When the wine is gone, Jesus’ mother says to him, “Jesus, honey, they’re all out of wine. Can you do anything about it? With, like, [gesturing with her hands] you know?”

“Muh-ther!” Jesus replies with a put-upon inflection in his voice. “I’m not ready!”

Mary, with a knowing smile that says “You’ve got this, baby” more than words ever could, gestures to the anxious servants. “Do whatever he tells you.”

Jesus squares his shoulders, pushes up his sleeves, and gets to work.

Isn’t this a beautiful picture of the enduring strength of a child’s bond with their mother?

As Miss Bee is now six years old, I’m learning that sometimes all she needs in order to try something new and scary is my calm assumption that she is perfectly capable.

There’s a neighborhood playground we go to sometimes with a three-story tube slide. Won’t lie, I find it a little intimidating. David and I had been encouraging Miss Bee for a while to try the slide, affirming that she is big enough and brave enough to handle it. Even though she’d expressed interest in it and climbed the staircase all the way to the top (only to then climb it all the way back down), it seemed as though the more David and I encouraged, the more Miss Bee’s knee-jerk reaction was, “I can’t!”

She was feeling too much pressure to perform.

It was agonizing not to say anything.

Then, suddenly, Miss Bee was no longer dawdling at the top of the slide. She was no longer somewhere in the middle of the staircase. Instead, the tube slide was rattling as she thumped her way down and shot out the bottom with a triumphant grin on her face.

David and I finally opened our mouths and erupted into cheers.

I imagine Mary felt a similar feeling in that moment at Cana.

Kudos given where kudos are deserved. In fairness, the translation I’m currently using, the NIV copyright in 1996, softens Jesus’ words to Mary with “dear woman,” which is still kinda awkward for a native English speaker. The most recent version of the NIV uses plain “woman,” but includes a footnote “The Greek for Woman does not denote any disrespect.” While a footnote is at least well-intentioned, most people are going to skip over it during casual reading, and it’s not going to get copied and pasted along with the passage when someone is including the passage in a book, sermon, etc.

So, what’s been your experience with Jesus’s words to Mary at the Wedding of Cana?