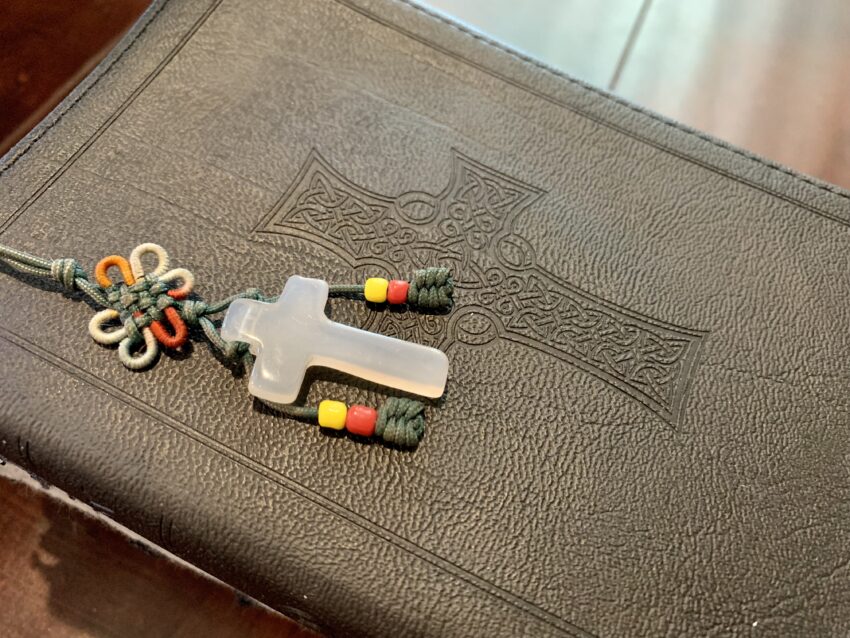 David and I were sitting in an adult Sunday school class. The associate pastor, who was leading the class, got sidetracked from the lesson and shared a situation he had recently gone through, where he was struggling to know if he made the right decision.

The pastor and his wife loved to host big gatherings at their home. It was their daughter’s senior year of high school, and one of the big dances (homecoming or senior ball, I don’t remember which) was approaching. Prior to the dance, they were going to host a dinner party for a group of her daughter’s friends and their dates.

Pastor noticed that his daughter seemed moody and asked what was going on. After some encouragement, she finally shared. A close friend of hers, whom we’ll call Annie, was invited to the dinner party. Annie’s father was deceased, and Pastor played a surrogate father role to some degree for Annie. Annie had been dating a boy, whom we’ll call Declan, and he had mistreated her. (No details were shared as to what specifically had happened.)

Turns out, Declan had a history of mistreating girls at their school.

Declan had recently started dating a mutual friend of Daughter’s and Annie’s, whom we’ll call Cassie. Cassie was invited to the dinner party. And Declan was her plus-one. Daughter wasn’t comfortable around Declan, and didn’t want him to come. She was also worried that Declan would do the same thing to Cassie that had been done to Annie and others.

At this point in the telling of the story, I think every woman in that church classroom held their collective breath. You see, we’d all been teenage girls at some point, too.

Pastor was torn. Like, deeply torn. Even though the event was already passed by the time he related it to this Sunday school class, it was clear from his mannerisms and his tone of voice that he was still really uncertain whether he’d done the right thing.

But Daughter was really unhappy with this.

Pastor talked to Annie, and confirmed what she’d told Daughter. Pastor and his wife went back and forth about it. Should they disinvite Cassie (and presumably Declan)? Disinvite just Declan? Invite Declan but watch him like a hawk? Have the party at a restaurant, instead? Which still wouldn’t solve the problem of whom to include and not include.

They ended up hosting the party at a restaurant, instead. And they also told Cassie that Declan was not invited. (Cassie ended up not coming, either.)

After the decision was made and communicated, Cassie’s mom showed up on Pastor’s doorstep, distraught and imploring him to reconsider. Pastor was still troubled and second-guessing himself, but held firm to his decision.

In all of this, Pastor was wondering, how does he make his home a welcoming place “for the sake of the gospel?”

My question in all of this was, the sake of the gospel to whom?

Apparently, not for “the sake of the gospel” to Cassie. To be told, you are a precious daughter made in the image of God, and you deserve better than how this young man is treating you.

And, apparently, not even for “the sake of the gospel” to Declan. To be told, there are consequences for your actions. If you mistreat girls, you don’t get to be around them. If you reject the love and forgiveness of Jesus and continue in a life of sin, there are both temporal and eternal consequences for such actions.

So, who is the gospel for, anyway?

To be clear, both David and I think Pastor ended up making the right call in disinviting Declan. I would add, the Israelites were told not to sacrifice their children to Molek, “for you must not profane the name of your God. I am the LORD,” (Leviticus 18:21, emphasis added) God reminds us. How is sacrificing Christian teenage girls for the sake of an unbeliever anything other than a modern-day sacrifice to Molek?

Whether or not Pastor had any follow-up conversation with Cassie and/or Declan, “for the sake of the gospel,” I am not sure. But it is my sincere prayer that he did.