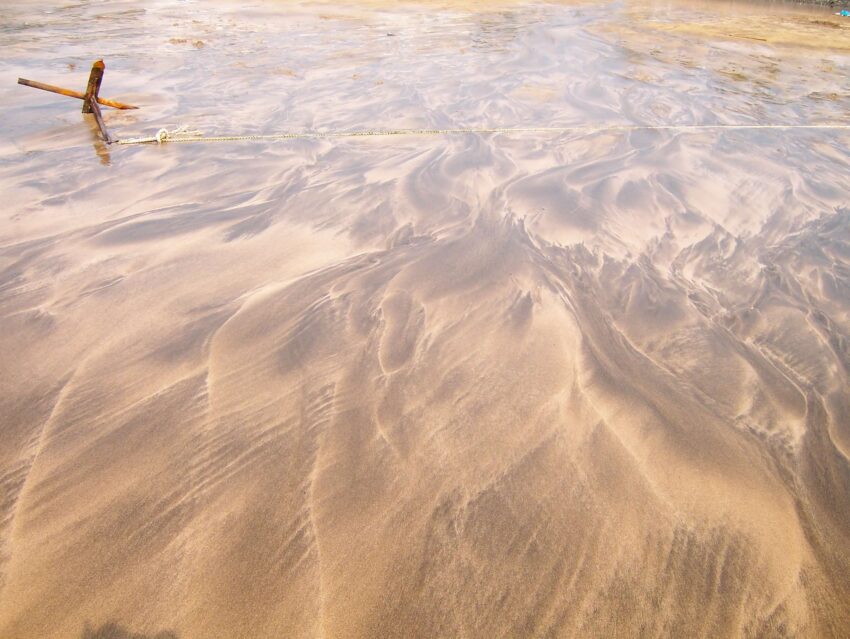 Once again, a post planned on the white-washing of slavery in the Bible has been delayed. Sorry! The next few weeks will actually probably be a series of briefer posts. We just put an offer on a house this week, and much to my surprise it was actually accepted. So we are now in a mad rush to get our current house ready to sell. Add to that a few other hectic goings-on, and, well, the blog is on the back-burner for the next few weeks.

One of the things I’m going to mention anyway in the next white-washing of slavery post has to do with ambiguity, both in the historical record and in the Bible. When things are unclear or uncertain, and we have to figure out what to do with that. Last week, commenter CMT wondered about whether a strict literalist/inerrantist reading could be contributing to the trend of white-washing slavery in the Bible, and that made me think more about the uncertainties and mysteries that exist in the historical record and, to a certain extent, the Bible. Ambiguities that we have to learn to live with.

While there are certainly things we can be unambiguous about, fundamentals of Christianity like Jesus being fully God and fully human, there are other things that we have to hold in open hands. Because, unlike God, we are finite human beings with a finite capacity for understanding. And that’s ok. That’s how God made us. He also gave us a desire to seek wisdom and truth, and it’s a good thing to quest after those, but we also need to realize that we have human limits to how much wisdom and truth we are actually capable of attaining. It’s ok to not know things. Frustrating, but ok.

To further elaborate, and for further reflection, I’m going to leave you with a couple of quotes that have helped form my thinking on some of this, the idea of being comfortable with ambiguity.

In the interest of full disclosure, I have not actually finished reading G.K. Chesterton’s book Orthodoxy. Also, fair warning, the book was originally published in 1908, so some of the language he uses to describe people with a mental illness will sound outdated and crass to modern readers. In spite of this, I think his description of psychosis (disclaimer – I am not a mental health professional, this is not a professional diagnosis) is helpful as an analogy for what should not be normative in the life of a person.

Now, if we are to glance at the philosophy of sanity, the first thing to do in the matter is to blot out one big and common mistake. There is a notion adrift everywhere that imagination, especially mystical imagination, is dangerous to man’s mental balance… Imagination does not breed insanity. Exactly what does breed insanity is reason. Poets do not go mad; but chess-players do. Mathematicians go mad, and cashiers; but creative artists very seldom. I am not, as will be seen, in any sense attacking logic: I only say that this danger does lie in logic, not in imagination… The general fact is simple. Poetry is sane because it floats easily in an infinite sea; reason seeks to cross the infinite sea, and so make it finite. The result is mental exhaustion, like the physical exhaustion of Mr. Holbein [I have no idea who this is]. To accept everything is an exercise, to understand everything is a strain. The poet only desires exaltation and expansion, a world to stretch himself in. The poet only asks to get his head into the heavens. It is the logician who seeks to get the heavens into his head. And it is his head that splits…

And if great reasoners are often maniacal, it is equally true that maniacs are commonly great reasoners… The last thing that can be said of a lunatic is that his actions are causeless. If any human acts may loosely be called causeless, they are the minor acts of a healthy man; whistling as he walks; slashing the grass with a stick; kicking his heels or rubbing his hands. It is the happy man who does the useless things; the sick man is not strong enough to be idle. It is exactly such careless and causeless actions that the madman could never understand; for the madman (like the determinist) generally sees too much cause in everything. The madman would read a conspiratorial significance into those empty activities. He would think that the lopping of the grass was an attack on private property. He would think that the kicking of the heels was a signal to an accomplice. If the madman could for an instant become careless, he would become sane. Every one who has had the misfortune to talk with people in the heart or on the edge of mental disorder, knows that their most sinister quality is a horrible clarity of detail; a connecting of one thing with another in a map more elaborate than a maze… He is not hampered by a sense of humor or by charity, or by the dumb certainties of experience. He is the more logical for losing certain sane affections… The madman is not the man who has lost his reason. The madman is the man who has lost everything except his reason.

And lastly, a quote from Philip Yancey that helped give me a measure of peace after a miscarriage.

I have often wondered why the Bible does not give clear answers to certain questions. God had the perfect opportunity to address the problem of pain in his speech at the end of Job, the longest single speech by God in the Bible, yet avoided the topic entirely… I wonder if God has perhaps fenced off an area of knowledge, “The Encyclopedia of Theological Ignorance,” for very good reason. The answers remain in God’s domain, and God has not seen fit to reveal them.

Consider infant salvation. Most theologians have found enough biblical clues to convince them that God welcomes all infants “under the age of accountability,” though the biblical evidence is scant. What if God had made a clear pronouncement: “Thus saith the Lord, I will welcome every child under the age of ten into heaven.” I can easily envision Crusaders of the eleventh century mounting a campaign to slaughter every child of nine or younger in order to guarantee their eternal salvation – which of course would mean that none of us would be around a millennium later to contemplate such questions… In view of the mess we have made of crystal-clear commands – the unity of the church, love as a mark of Christians, racial and economic justice, the importance of personal purity, the dangers of wealth – I tremble to think what we would do if some of the ambiguous doctrines were less ambiguous…

More and more, I am grateful… that the God who revealed himself in Jesus is the one who determines the answers.