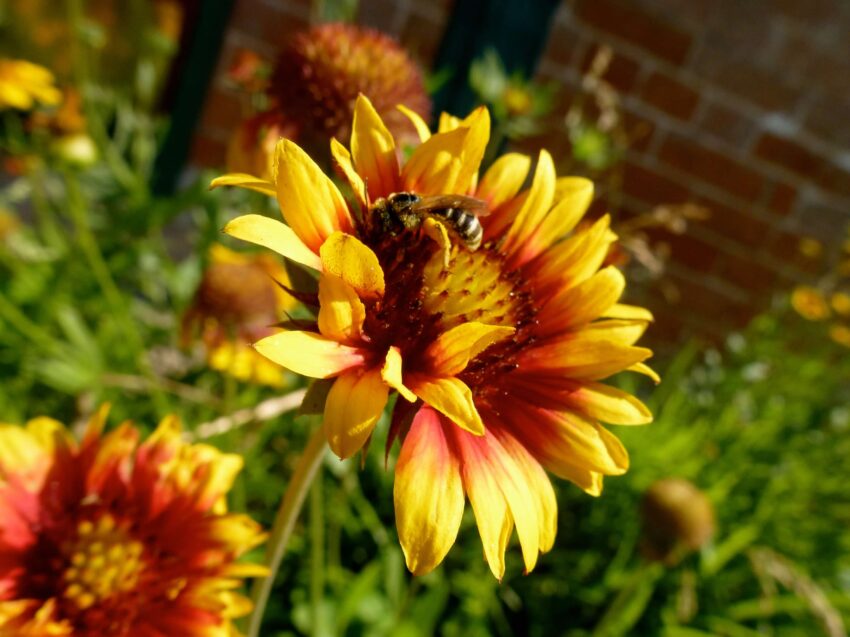 This headline from the Wall Street Journal caught my attention. “‘No Regrets’ Is No Way To Live – It’s tempting never to look back, but we’re hard-wired to focus on our mistakes. Rather than deny them, we can lift ourselves up by seeing them in a new light.” The essay is by Daniel H. Pink and adapted from his book, “The Power of Regret: How Looking Backward Moves Us Forward.” Following are a few quotes from the article, and my observations. I’m not including any of the supporting evidence Mr. Pink’s cites, but it is available in his article.

Mr. Pink’s research reminded me of the need for repentance that is stressed in the Bible, as well as the need for the tempering that grace provides. Mr. Pink uses the word “regret.” I am choosing the word “repentance” as a term that may resonate more with evangelical readers, since I think the words may be used interchangeably in this context.

I think sometimes we Christians (both individually and as churches) can swing between two extremes. On one end of the spectrum is the person/group who completely ignores the need for repentance. They go through life never stopping to think about the consequences their actions may have on others, or even themselves. They may be people who always want instant forgiveness from those around them for any real or perceived damage they’ve done to others, or they may deny that they even need to make an apology or ask for forgiveness. In extreme cases, we’d call this narcissism (psychology) or antinomianism (theology). They are completely focused on themselves.

On the other end of the spectrum is the person/group who is all repentance and guilt/shame all the time. (A different post will be forthcoming with my thoughts about the difference between “guilt” and “shame.” While related, I don’t think they can be used interchangeably.) Full of legalism and rules, and living a life of fear of breaking a rule or stepping outside acceptable boundaries. These people, too, are focused on themselves, but full of negative thinking instead of entitled thinking.

In both groups, Jesus is no longer the focus.

But, back to Mr. Pink’s article, which looks at the positive aspects of regrets (which, again, I am calling “repentance” in my reflections).

Yet for all its intuitive appeal, the “No Regrets” approach is an unsustainable blueprint for living. At a time like ours – when teenagers are battling unprecedented metal-health challenges, adults are gripped by doubt over their financial future, and the cloud of an enduring pandemic casts uncertainty over all of our decisions – it is especially counterproductive.

Mr. Pink is speaking of society at large, and noting that an attitude of “never feel a need for repentance” is harmful. I think this is an opportunity that a church with a proper understanding of repentance and guilt/shame could use to speak truth into aspects of a culture that may be morally adrift.

The conclusion from both the science and the survey [Pink’s collection of responses from 16,000 people in 105 countries] is clear: Regret is not dangerous or abnormal. It is healthy and universal, an integral part of being human. Equally important, regret is valuable. It clarifies. It instructs. Done right, it needn’t drag us down; it can lift us up.

Scripture emphasizes the need for repentance in an individual’s or community’s journey toward spiritual maturity. One of many examples from the Old Testament prophets includes Isaiah, whose words “In repentance and rest is your salvation, in quietness and trust is your strength” (Isaiah 30:15) highlight the positive outcomes of repentance for a community. And the Gospel of Mark begins with John the Baptist preaching a message of repentance for the forgiveness of sins. After Jesus is baptized by John, he begins his ministry with words of repentance and hope: “The time has come. The kingdom of God has come near. Repent and believe the good news!” (emphasis added, Mark 1). Like Mr. Pink observes, “it [regret] can lift us up.” Repentance is not something to be feared, but rather a necessary part of the turning away from sin and toward Jesus.

Developmental psychologists have identified the ability to feel regret as a crucial stage in our cognitive maturation… A true inability to feel regret, on the other hand, is associated with lesions on a part of the brain called the orbitofrontal cortex. The same deficit is common among people with neurodegenerative diseases like Huntington’s and Parkinson’s and mental illness like schizophrenia.

To make our regrets work for us, we must respond systematically – neither dodging our negative feelings nor ruminating over them. I’ve discovered that the best form of reckoning involves three steps, progressing from reflecting inward to pushing ahead.

It can be tempting to either soothe the wound of regret with self-esteem… or bash ourselves with self-criticism… A better approach is “self-compassion,” a gooey name that rests on a solid foundation of research… Dr. Wei and Dr. Chen [social psychologists whose research Pink quotes] found that people who addressed their regret with self-compassion were more likely to change their behavior.

Here is where Mr. Pink finds the same tempering to repentance that I think is necessary. What he calls “self-compassion” is what I would call “grace.” People who want to move forward in their lives cannot ignore repentance, but neither must they overly focus on it. Instead, their repentance must be balanced by the “gooey name” of grace. Only then is repentance more likely to result in transformation, or what evangelicals might call “a putting on of the new self.”

… By divulging regrets, we reduce some of their burden, which can clear the way for making sense of them… writing about negative experiences or talking into a tape recorder about them for 15 minutes a day substantially increased people’s overall satisfaction and improved their well-being – in ways that merely thinking about those experiences did not… Instead of those unpleasant emotions fluttering around uncontrollably, language helps us to capture them in our net, pin them down and begin analyzing them.

I find this observation of Mr. Pink’s particularly interesting, that regrets must be verbalized (by either spoken or written word) in order to be made sense of. We can’t just think about it; we need to actually put it into words to make good come out of it. Some Christian traditions have a formal method of confession before a priest or pastor, while others talk more squishily about “accountability” between small group members or other peers (a la “accountability partners”). Then there are also the more personal expressions of penitent prayer to God (in the style of Mr. Pink’s “talking into a tape recorder”).

… So for the final step, move forward. Imagine your best friend is dealing with your same regret. What lesson does it teach? What would you advise doing next? … [Quoting James Baldwin from a 1967 essay for the New York Review of Books] “Though we would like to live without regrets, and sometimes proudly insist that we have none, this is not really possible, if only because we are mortal.”

More than a half-century later, as we start to emerge from a period that has forced many of us to face our own mortality, we are learning that regret can offer one of the clearest paths to a life well-lived.

This is how Mr. Pink wraps up the article, by referring to “one of the clearest paths to a life well-lived.” To any Christian, I think the echo of Jesus here should be obvious: “I am the way and the truth and the life” (John 14:6a). After one has tempered their repentance with grace and then verbalized the repentance, one must turn to Jesus and his teachings to move forward down the path of spiritual maturity.

2 thoughts on “Echoes of the Gospel – Repentance and Regret”