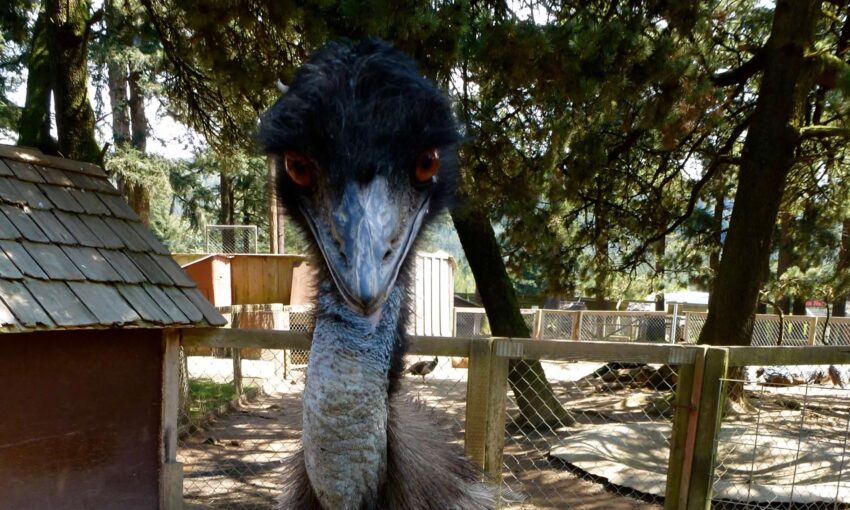 This is not meant to be an exhaustive list, nor would every unhealthy church show every symptom I’ve listed.  These are just signs we saw that, in retrospect, were symptoms of a bigger problem at two spiritually abusive churches David and I were members of.  I think most of these will fall under the umbrella of either pride or a lack of love, or both.  There are a number of different ways that pride (control and lack of accountability) or a lack of love can manifest; these are simply some tangible ones that we ran into.

I should clarify, also, that this post focuses on unhealthy leadership practices in a church.  There are plenty of ways that a congregation can be unhealthy, as well, but that’s a conversation for a different time.

We went from one unhealthy church situation straight into another. After the first visit to what became our second unhealthy church, one of the first things I said to David was, “I think [pastor of our last unhealthy church] would be jealous.”  It was like a bigger, shinier version of our last church.  I honestly can’t specifically put my finger on what prompted that response.  Maybe my subconscious was picking up on similarities, maybe the Holy Spirit was doing some prompting.  Whatever the reason, the sense was undeniably there.

The membership agreement was one-sided.

This should have been a big warning sign when we looked at the church website before visiting.  In both churches, the membership agreement put a lot more onus on the congregation than leadership.

At our first church, members were to attend Sunday services, participate in a small group, submit to leadership, tithe, serve, and “walk in holiness” (which included practice of spiritual disciplines and avoidance of “sinful behavior”).  In turn, leaders promised to seek God’s will, pray, study Scripture, care for congregation members, guard against false teachers, exercise church discipline, and set examples in fulfilling the duties of church members.

Notice how most of the things church leaders do are things that they’d already be doing as congregation members (seeking God’s will, praying, studying Scripture, and caring for fellow members)?  Additionally, the only things leaders are doing differently (guarding against false teachers and exercising church discipline) are elements of control and power.  Notice that there is no promise of transparency or accountability.  There is no promise to wisely steward the financial (tithe), physical (building/property), or human (volunteer) resources that have been given to them.

At our second unhealthy church, the covenant was even more one-sided, and a deeper inspection of it will be forthcoming at some point.  It was merely a “membership application,” with no formal reciprocity on the part of leadership whatsoever.  Part of the application asked for commitment to “neither criticize nor listen to criticism.”  Suffice it to say that silencing criticism is a way leaders have of controlling congregations.  Unfortunately for leaders, it also stifles their own spiritual growth toward Christlikeness.  At the end of the day, would you rather have a congregation member or the Almighty God say, “Hey, I think you might be going off course here?”

The senior pastor’s email was a secret.

This is something we also could have noticed when looking at the church’s website before visiting.  In both unhealthy churches we were a part of, the senior pastor’s email was not included, even though all other pastoral and staff emails were.  Instead, there was a generic info@ email address to contact.

My question for a senior pastor whose email is a closely guarded secret would be, “What are you hiding from?”

To provide a comparison, I worked at a community college of over 24,000 students and over 1,000 employees.  During my tenure there, I worked for three different deans.  Even though all three of them had an administrative assistant (namely, me), they each checked and answered their own emails and phones/voicemails.  These were emails and phone numbers that any random student, employee, or John Q. Public could look up.  Even the president of the college checked and answered her own email and phone/voicemail.

(On a side note, why I think it is fair to compare church institutions to publicly funded institutions in a number of areas will be the topic of an upcoming post.)

In contrast, in both churches there was a sense that the elders and other staff members had to “protect” the senior pastor from the congregation.  Protect him from what?  The dirt of our messy lives?  How is he supposed to shepherd and equip congregation members if he cannot understand and empathize with the dirt that everyday members are dealing with in their messy lives?  God on High literally came down to walk in the dirt with his followers as Jesus.  And isn’t it this same Jesus that all pastors should be striving to emulate?

We weren’t equipped to make our own decisions.

At our second unhealthy church, we received an early warning that leaders were very much into directing the course.  A couple of months in when we joined a small group, we asked for a list of group meeting days/times/locations so that we could pick the one that worked best with our schedule.  Instead, we were assigned to a specific group.  In spite of multiple requests over the phone or via email, we were literally not given the information we needed to make our own decision, just told that this particular group was the one we should attend.

We tried it out for two years and, in spite of a couple of good friendships that I personally formed, the format was just not working for us as a family.  (As we had suspected in the beginning that it would not.)  To their credit, around the time we left, the church was becoming more open to trying new formats in small groups, but by that point this alone was not enough reason for us to stay.

The budget was hidden.

At our first church, the pastor and two elders were the only ones who ever saw the budget.  It wasn’t until the church came within spitting distance of financial insolvency that they shared the barest outline of a budget with the congregation.  To anyone who’s managed a household budget successfully, there were obvious holes.  For example, the reserve fund was supposed to cover the expected summer shortfall in giving and be the emergency fund and be a savings vehicle for future growth.  This was more than a little ironic, given that the church sponsored Dave Ramsey’s Financial Peace University.

During the process of asking the congregation for more money, the senior pastor said from the pulpit, “This is not because of neglect or error on the part of leadership.”  To me, there are only three options when financial insolvency comes as a surprise, which the leaders professed was the situation.  (A) They weren’t paying attention to the bank account numbers (a.k.a. neglect); (b) they made a mistake somewhere in calculations (a.k.a. error); or (c) they were intentionally overspending (a.k.a. disqualifying).  Now, I suspect leaders were merely guilty of neglect in this situation.  But the fact that they couldn’t admit to that leads me to my next point, as we get into warning signs that you would probably only see after enough time establishes a pattern.

Leaders cannot admit to a mistake.

Above is an example of leaders not admitting to a mistake with finances.  At our second unhealthy church, the senior pastor made a factual error in a sermon.  It had no bearing on the main point of the message, but it stuck out to me because the pastor was so emphatic in attributing a particular “problem” to the Catholic church, when the Protestant church was actually the one with the “problem” (his word, not mine) in this situation.  Long story short, I ended up in conversation with an elder about it. (For the whole story, see this post.)  Even though I produced evidence to the contrary, he refused to admit that the pastor could have made a mistake.  Personally, I think the pastor was simply misinformed.  That didn’t bother me so much; I’ve been misinformed before, too.  What bothered me was the refusal to admit to even the possibility of a mistake.

People were talked about negatively from the pulpit.

To be fair, the instances I’m thinking of were always about a generic “someone.”  “Someone” the pastor was having coffee with.  “Someone” who’d asked him a question.  But it was clear from context that this “someone” was a member of the congregation.

As just one example, the church had recently moved from meeting in a coffee shop that it had planted as a non-profit.  According to the pastor, as he was preaching on a Sunday morning, “someone” had asked what the missional focus of the church was now that they’d moved to a more traditional church building.  “They just don’t get it!” was the pastor’s response from the pulpit.

Can you imagine the feeling of the individual who asked this honest and innocent question, hearing the pastor’s (granted, anonymous) reprimand from the pulpit?  And how such a reprimand would discourage others with the same question (myself included, to be honest) from voicing their thoughts?  (If you’re wondering, no, the pastor did not go on to explain what the new missional focus of the church was.)

Which leads naturally to my next observation.

Questions and critiques were frowned upon.

At a volunteer leadership meeting at this same church, the senior pastor once said that people should just decide to get on board with his vision or get behind him.  So much for no one member being more important than another member in that particular body, I guess.

Discouragement of questions really became evident at our second unhealthy church when they announced intent to purchase a new building that was more than twice the distance outside the original search radius.  Leadership had a Q&A night and, to their credit, did answer every single question submitted.  However, any questions that had even a hint of critique were quickly met with defensiveness.  Over the course of the next days and weeks, people who elected not to follow the church in such a distant move were quickly labeled as “unwilling” instead of “unable” to relocate. Then leadership sent out a feedback form.  I made the mistake of submitting feedback that was only partially positive.  But that story is deserving of its own post at a later date.  Suffice it to say, their response to that feedback form (which, again, they had asked for) was the catalyst for Barnabas and I to leave that church.

This pattern established itself at our first unhealthy church.  As one example, the church was over a year behind in running background checks for children’s ministry volunteers.  “It’s ok, we know these people,” was the justification.  Which I found troubling, because most cases of child molestation are perpetrated by someone “known” to the victim and/or their family.

As a second example at the same church, pastors knew exactly how much every individual in the congregation tithed, but the congregation did not know even the barest outline of a church budget.  This double standard meant that leadership missed out on any wisdom and insight members of the congregation (even their own bookkeeper!) may have provided regarding effective budgeting.  As described above, the church ended up approaching financial insolvency because of poor budgeting.

And at a different church, all small group leaders were required to have coaches to help encourage and equip them in the role… except small group leaders who also happened to be elders or pastors. Which means the elders and pastors were missing out on any insight an outsider to the group would have been able to give.

What are ways you might have seen pride or lack of love on the part of leadership manifest in unhealthy churches?